“The trend in all surgical disciplines is toward an effective, less invasive treatment with preservation of healthy tissue…HIFU for the treatment of prostate cancer provides such an effective image guided therapy with fewer risks of side effects and potential complications.” ~ George M. Suarez, MD, FACS.

The concept of replacing a surgeon’s scalpel with a noninvasive procedure has attracted attention for over a half a century. Since the early 1940’s HIFU has been envisioned as a potential energy modality for noninvasive treatment of diseased tissue located deep in the body. The discovery by Frank and William Fry in the early 1950’s that high-frequency sound waves could be used to generate ‘trackless’, localized tissue damage predated even the use of ultrasound as a diagnostic modality. However, HIFU could not be applied clinically in its early days due to lack of required computer technology, imaging and monitoring capabilities. This has changed with the advent of improved transrectal ultrasound imaging and computer processing power. 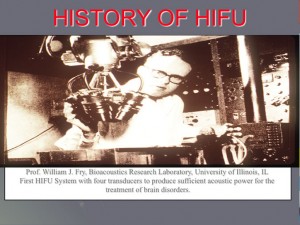 Figure 2. First illustration of early modernization of the sonablate device; note the monitor screen and keyboard. 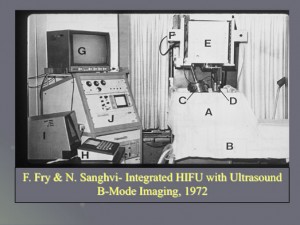 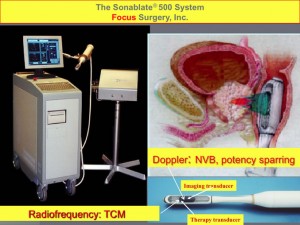 Most medical treatments, including HIFU, are performed in brief time frame. In fact, diagnosis, arriving at a treatment decision and post-treatment care consumes the majority of patient-doctor time and care. By offering PERSONALIZED- CONCIERGE medical care, our patients have 24/7 access to Dr. Suarez.